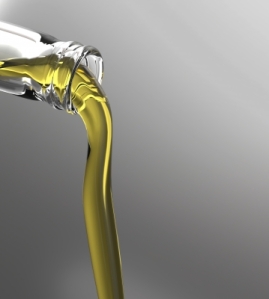 David Gillespie, author of the controversial Sweet Poison: Why Sugar Makes Us Fat, has returned with another divisive book on the subject of vegetable oils.  The contention of his new book is aptly summed up in the title, Toxic Oil: Why Vegetable Oil Will Kill You and How to Save Yourself.  Dramatic stuff. But before you go rushing out to boycott all cooking oils, how about some background on this “new evidence” that vegetable oil is systematically killing us?

Gillespie’s latest in what is becoming a worryingly black-and-white view of food and nutrition is based on the premise that seed oils (such as canola, sunflower, sesame and rice bran) are the root of many lifestyle-related conditions – things like cancer, obesity, type 2 diabetes and heart disease.  This more or less goes against all advice we are used to hearing from medical professionals, and is as flawed as hypothesis of his previous book on sugar, which claimed that fructose – the sugar naturally contained in fruit, among other things – is the sole cause of modern-day obesity.

The rationale behind his condemnation of vegetable oils is that polyunsaturated fats, due to their susceptibility to oxidation (that is, reacting with oxygen) in the body, cause cancer, and that in combination with sugar they cause heart disease.  It is for this reason, he says, that we should focus more on saturated (think animal products, such as butter and meat) and monounsaturated (such as avocado and olive oil) fats.

But to solely blame one nutrient for any disease is naïve in itself. Certainly consuming an excess of energy-dense foods may lead to obesity, which is in turn a risk factor for a number of cancers and heart disease; however, there is no evidence to suggest that certain foods in isolation deserve a blanket ban. The Heart Foundation shares my feelings on this. In their statement, released in response to his new publication, they comment, “There is no single cause of chronic diseases, including heart disease. However there is scientific consensus that replacing saturated fat with unsaturated fat, in particular polyunsaturated fat, reduces your risk of heart disease. The Heart Foundation believes that to say otherwise is dangerous, misleading and wrong.  Following such advice is fraught with risk and if followed could lead to the rapid development of serious health conditions.’

Gillespie’s scare tactics go from bad to worse, first with an appeal to guilt – “Every mouthful of vegetable oil you consume takes you one step closer to a deadly (and irreversible) outcome. Every mouthful of vegetable oil you feed to your children is doing the same to them,” – and then by playing on our distrust of big corporations. He now suggests that the cholesterol medication that many thousands of Australians have been prescribed is merely a money making scheme by drug companies.  Conditions such as high cholesterol, obesity and cancer were unheard of 200 years ago, he argues, and their steady rise can be linked to the comparatively recent recommendations to switch to vegetable oils. Never mind that 200 years ago the life expectancy was less than half of what it is now! Such a wide range of factors has contributed to the rise in such diseases – it’s ridiculous to suggest that the consumption of vegetable oils is solely to blame.

Gillespie’s black-and-white view fails to take in the whole picture.  Instead of looking at foods as they really are – heterogeneous, or a mixture of components – he sees them as homogenous. While he places a blanket ban on certain oils, the fact that is any fat source, animal or plant, will undoubtedly contain a number of oils in different proportions.  Even the animal fats he advocates contain a mixture of saturated, monounsaturated and polyunsaturated! 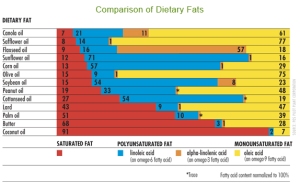 Composition of different oils – note that none are exclusively made up of one in particular.

This black-and-white approach is also evident in his argument regarding polyunsaturated fats and oxidative stress.  While there is some evidence to suggest that oxidative stress as a result of polyunsaturated fats is relevant, he fails to mention that in a healthy diet, these effects are counteracted by antioxidants in the body such as vitamins C and E. The best research currently available shows no significant correlation between polyunsaturated fats and cancer, yet an overwhelming body of evidence does just that with saturated fat, and recommends replacing it with the former to reduce the risk. See the findings from this analysis of 11 cohort studies.

A large number of highly-regarded medical spokespeople – including Professor Simon Stewart, head of preventive cardiology at the Baker IDI Heart & Diabetes Institute, and well known dietitian Rosemary Stanton – openly disagree and challenge Gillespie’s arguments. They both agree that a majority of the evidence the author speaks of is ‘cherry-picked’ – in other words, he has taken quotes and sections from studies that portray the story he would like to tell, whilst frequently misrepresenting the actual results.  An example of this, says Stewart, is an outdated 1969 Los Angeles Veterans study which Gillespie cites. The study was intended to determine whether replacing saturated fat with polyunsaturated fat would lower the risk of heart disease, and while Gillespie interpreted its findings as showing a huge increase in cancer, supposedly due to the high omega 6 levels in the polyunsaturated fats – in fact, this is completely false. No statistical significance was shown. 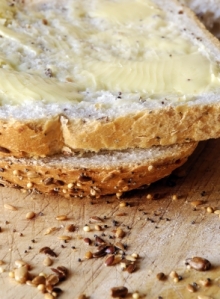 Another study on which he bases much of his evidence dates back all the way back to 1966-73. The Sydney Heart Study observed two groups of men, one consuming butter, the other consuming margarine, with results showing a 60-70% higher mortality rate for those on margarine. Sounds convincing doesn’t it?  Not so much though, when you take into account that all men involved were over 50, all were smokers, all had experienced heart attacks previously, and all were required to eat margarine at portions of around three times what would be expected now.  Not to mention that 50 years ago margarine contained trans fats –  an unsaturated fat that has been processed to mimic the sensory characteristics of a saturated fat. This allows an unsaturated fat to be solid at room temperature, and also increases LDL (bad) cholesterol in the body, while lowering HDL (good) cholesterol. Gillespie need not worry about trans fats in polyunsaturated oils, though. They are very rare in Australia now, particularly in seed oils.  The main sources of those nasty trans fats are meat, dairy, pastries, pies – basically in saturated fats, the ones Gillespie recommends.

Then there’s his proposed diet: “Eat butter, drink full-fat milk, chomp through bacon and eggs for breakfast and enjoy a meat pie for lunch and the science says you will significantly increase your chances of living a long and hopefully happy life.” If I were inclined to address this suggestion in Gillespie’s mindset, I might say that eating this way would cause a whole host of diet related diseases – overweight and obesity, type 2 diabetes, high blood pressure, high cholesterol, even some cancers. However, there is absolutely no way of accurately predicting this, so what I will say is that consuming a high level of saturated fats certainly has the potential to increase your chances of all these conditions. Furthermore, processed meats and foods such as bacon and meat pies have more cancer-causing potential than the fat contained within them – but that’s for another blog post… 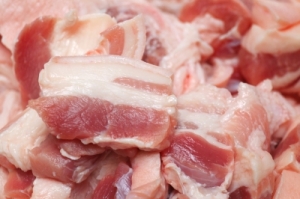 Oh, and by the way, Gillespie has no medical, scientific or nutrition background. He’s a lawyer. Which perhaps accounts for his ability to forge a convincing argument. As one journalist aptly put it,  “I’m inclined to take dietary advice from respected nutritionists, rather than lawyers.”

Categories: In the News, Uncategorized