The Dirt on Detox Diets 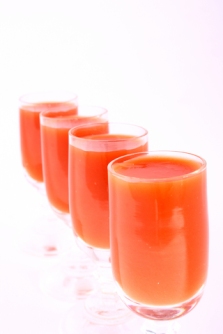 Detox is the diet trend of the decade, and it feels like every other week we’re hit with a new variation purporting to ‘cleanse’ the body of toxins: the Lemon Detox Diet, the African Mango Diet, the Quick Trim Fast Cleanse, the Coconut Detox. And with a string of glowing celebrity endorsements along with promises of shedding kilos, clearing skin and increasing energy levels, who wouldn’t be tempted to give it a try?

But how do these detox diets work?

The basis of all detoxes is the idea that our bodies are being inundated daily with toxins from food and the environment, and must be purged by eliminating certain food groups as well as abstaining from alcohol and smoking.  Supposedly, the elimination of these toxins will result in weight loss and an overall feeling of wellbeing.

Although they vary in structure, detoxes largely work on a basis of eliminating certain food groups, such as processed foods, animal products, caffeine, alcohol, salt or sugar.  Meanwhile, vegetables, fruits, beans, nuts and herbal teas are generally allowed in abundance, though some diets call for specially made juices or drinks to be consumed in place of some or all meals. At the end of the detox period, which usually spans about a week, the dieter resumes their normal eating habits. 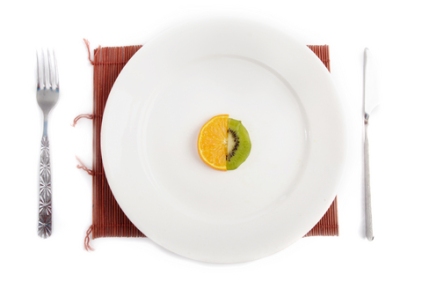 Now, it’s logical to imagine that adhering to a strictly limited, low-kilojoule diet will result in weight loss, particularly if the subject is overweight to begin with. It’s also logical to expect such losses to be only short-term, and that once the subject returns to their usual diet any lost weight will be quickly regained. Unless the dieter comes away from their detox with a greater appreciation for healthier foods and a commitment to improving their everyday eating habits, a week’s abstinence is unlikely to have any impact in the long run.

As for the actual theory behind the detox – it’s less than sound. In fact, the body already has a number of systems in place to remove toxins. The liver, kidneys, skin, intestines and lymphatic system all work to detox our bodies daily, and they do a great job of it. No amount of dietary ‘purging’ is going to improve these functions.

Proponents will cite a variety of side effects as evidence that the detox ‘working’: Headaches, for instance; bad breath, bodily aches, reduced bloating or glowing skin. But while such symptoms may well result from the ‘cleanse’, they’re not necessarily the positive signs dieters are looking for. Headaches may be better explained by withdrawals from caffeine, while bad breath may be a direct result of the body shifting into ‘ketosis’ – a state induced by starvation, in which the metabolism slows and fat is burned for energy.  As for reduced bloating and glowing skin?  Upping your intake of fibre-rich fruit and veg is sure to do that, detox or not.

Of course, it can’t be all bad; certainly reducing the amount of processed foods, increasing fruit, vegetables and exercise in your lifestyle is a positive decision. However, severely cutting down on food groups is not only pointless, it’s downright unhealthy.  A great review on the validity of detox diets in Dame Magazine goes as far as to say that eating nothing but white bread and steak would be healthier than undergoing a ‘cleanse’, reasoning that the former at least contributes carbohydrates, fibre, protein, vitamins and minerals.

Another review, featured in Choice Magazine this year, investigated 13 diets, assigning each to a volunteer and seeking their feedback.  Not one volunteer felt that they would repurchase the programs – some of which cost upwards of $80 for a week – and although some reported feeling healthier at the conclusion of their respective diets, they admitted this was likely due to the general improvement in their eating, cutting down on sugar and processed foods while increasing their fruit and veggie intake.

Choice’s piece raises another noteworthy point – just how much people are willing to spend for a miracle cure.  According to the article, it’s predicted Australians will spend around $827.1 million on diet products and weight loss services in this year alone. That’s a pretty frightening figure, particularly when you take into account the weird and wacky ingredients contained in many of these products – bitter orange, taurine, laxatives, silibin and chitosan, among others. At best, they’re entirely ineffectual. At worst? In certain cases, consuming some of these additives in excess can result in fainting, heart attack or strokes, as well as interfering with certain medications, such as the common blood thinner warfarin.

With that in mind, it’s also interesting to note that only a few of the detox products reviewed by Choice are listed with the Therapeutic Goods Administration, the Australian government body in charge of regulating medicinal products.  For this reason, the majority of these are freely available to anybody – convenient, yes, but what this also means is that many who undertake detoxes are entering into unverified programs without needing to seek out professional advice.

So, to detox or not to detox?

My best advice is save your money and focus on being healthy the majority of the time, rather than taking a week to atone for a multitude of lifestyle sins!