On the topic of peanut butter…

Peanut butter is one of my greatest food loves. (See my go-to breakfast – peanut butter-banana oats) And it’s perhaps because of my blind dedication to the spread that the nutritionist side of me has up until now been pretty lazy when it comes to making the healthiest peanut buttery choice.

Idly I would scrawl ‘peanut butter’ on the communal shopping list (yes, I still live at home), and magically a large jar like this would appear in the panty: 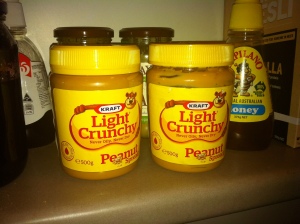 Nothing wrong with it, really, but the ridiculous thing is it’s not even close to what I would recommend others to consume. My go-to advice for others would always be to choose nut butter containing 100% nuts and no other ingredients. Yet I was regularly snacking on peanut butter that consisted of:

That’s not unusual. Most peanut butters on your local supermarket’s shelves will have a similar ingredient list.

But what exactly are all these mystery ingredients?

Maltodextrin: An easily digestible carbohydrate used as a thickener in food production.

Antioxidant (320): You may be familiar with antioxidants’ role in the prevention and repair of cell damage in our bodies. In food processing, however, antioxidants are used as preservatives, allowing for a longer shelf life without deterioration in quality.

While our current Food Standards deem this to be safe in the miniscule amounts we consume through food, a Choice report revealed that the World Health Organisation (WHO) consider it to be a possible carcinogen (cancer-causing substance). That said, Choice is quick to point out that these findings are controversial as they are based on rodent studies – and the cancers observed during testing which occurred in the forestomach, an organ we as humans don’t possess.

Emulsifier (471): An emulsion is a mixture of two liquids that ordinarily do not mix (for example, oil and water). An emulsifier is a substance used to stabilise this emulsion. When you consider the high fat content of peanuts, it’s easy to understand how naturally made peanut butter, when left to sit, may separate and form a solid and oil phase. While this is easily rectified by stirring the peanut butter, food producers have found using additives prevent the separation is more convenient and appealing to consumers.

The only real danger of consuming this additive is there’s no real way of knowing its origin. Usually E471 is produced from vegetable oils, but occasionally animal fats may be used; thus can be less than ideal for strict vegetarians and vegans. 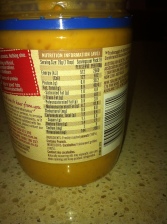 While it’s fair to say the extra ingredients included in most peanut butters probably won’t adversely affect our health, it’s always a good idea to choose foods with as few ingredients as possible – thus keeping it closer to its natural state.

How do they compare nutritionally?

*Note that these values are per 100g, much greater than an average serve size.

While the overall energy contents of the two peanut butters aren’t dramatically different, it’s interesting to note the difference of fat composition: the natural peanut butter contains a lower proportion of the unhealthier saturated fat, and greater levels of healthier monounsaturated fats.

Another tick for Sanitarium’s natural product is its higher protein content – it contains over 60% more than the Kraft shelf staple. However, the most striking difference between the two is the enormous amount of sodium found in the Kraft version – 647mg per 100g, compared to only 5mg in the natural peanut butter. 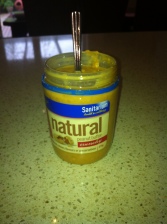 I thought I’d leave you with some peanut butter inspiration; all courtesy of Pinterest: 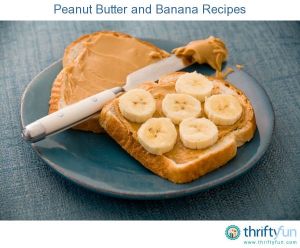 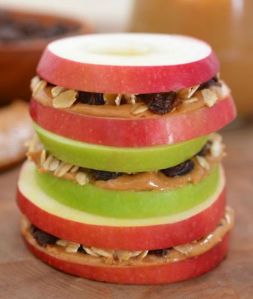 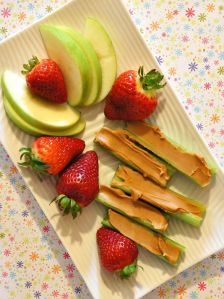 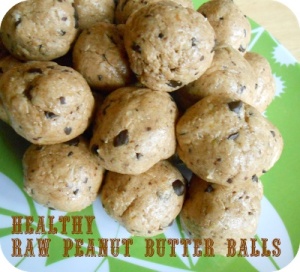 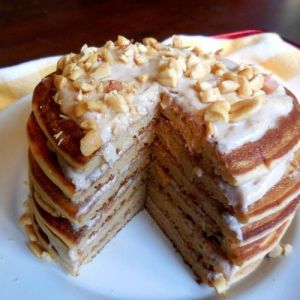 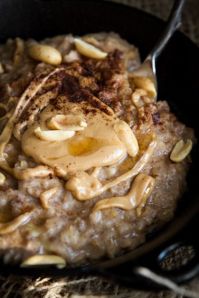 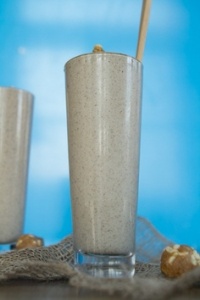