Everyone knows someone who’s gone Paleo.

Diet trends come and go, but the theme of the minute seems to be going back to basics – eliminating the unnecessary and taking a primordial approach to our food choices. Forget quitting sugar – why not eat like a cave man?

The Paleo movement has garnered serious support from dieters and non-dieters alike, both for its straightforward ‘rules’ and for apparent logic – surely it makes sense to follow the same diet that (we imagine) served our distant ancestors so well?

As always, diets are a game of ‘he said, she said’, and everyone seems to have their own opinion about what’s right. So, with the Paleo diet continuing to generate interest and conversation, I thought I’d sink my teeth into the details and give you my two cents’ worth.

A bit of background, what even is the ‘Paleo’ diet?

The Paelolithic diet, known also as the Hunter Gatherer, Caveman or Stone Age diet, is essentially just what it sounds like: eating a plant and animal-based diet as it is assumed our ancient ancestors once did in the Palaeolithic era, which ended some 10,000 years ago.

The paleo diet certainly has good points, mainly in the elimination of kilojoule-dense and nutrient-sparse processed junk foods, as well as the focus on whole plant foods. At best, the Paleo diet could potentially present itself as a healthy lifestyle, resulting from plenty of fresh foods and minimal consumption of sugar, salt and saturated fats.

However, I do have a few concerns…

Paleo premise #1: “This is how our ancestors ate”

In my opinion, the first flaw with the Paleo diet is in its name.  There is no one Paleo diet, and as Dr Joanna McMillan notes, “there is almost no food today that has not been influenced by agriculture.”

In fact, Christina Warrinner, an archaeological scientist with serious knowledge on ancient diets, goes as far to say that the version of Paleo diets seen in best-selling diet books and online has “virtually no basis in the archaeological record”.

As hunter-gatherers, our Palaeolithic ancestors’ diets varied widely depending on geographic location, season, and availability of food, to name a few factors. And contrary to the traditional meat-loving cavemen we envisage, certain populations – those based in tropical regions, for example – may have gone for long periods of time without any meat at all.

Although Paleo places strict limitations on grains and legumes, archaeological evidence suggests that humans were consuming them as early as 30,000 years ago: stone tools uncovered in Europe show traces of starch grains, indicating that they may have been used in the production of flour. A 2012 Nature article documented the analysis on fossilised dental plaque from 13 Neanderthals in northern Spain, finding evidence of a range of carbohydrates, legumes and starch granules, but little protein or fat from meat.

Then there’s the fact that the food we consume now is poles apart from that which would have been consumed in the Paleo era.

As Warrinner explains, the foods we eat now – even those advocated by Paleo devotees – are products of farming and agriculture. Bananas, she points out, have been bred to resemble our favourite pre-packaged snack. Go back 10,000 years and they would have been virtually inedible due to their enormous quantities of seeds.

Other fruits and vegetables would have been half the size of those that we’re familiar with, and many didn’t even exist until humans selectively bred them to our liking. Broccoli, for example, is vastly different in the wild, where it resembles a flower. Try making that look appetising!

When meat was available, it would have been very lean, and all of the organs would have been consumed. It also would have be far removed from the processed meat we see too frequently – no bacon, ham or sausages, which are known to be carcinogenic.

Many people have lost weight following a Paleo style diet. But let’s not kid ourselves that it’s all down to cutting out dairy and stocking up on meat. Remember all the junk food you cut out? 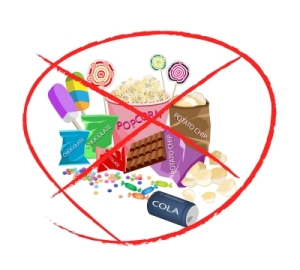 Paleo premise #3: “We don’t need dairy or grains/legumes for our health.”

This is a controversial one. We certainly don’t need grains, legumes or dairy for optimal health, but they can be a very healthy addition to your diet, and much modern research has indicated benefits from both.

Grains and legumes  – think bread, pasta, cereals and beans (all the good stuff) – are widely accessible and affordable, and supply us with fibre, which is necessary for digestive health, as well as weight control and stabilising blood glucose and cholesterol levels. It’s certainly possible to consume adequate fibre each day without grains, but removing these from my diet at least, would leave my meals much less interesting and appetising.

Dairy – such as milk, yoghurt and cheese – provides a concentrated source of calcium. While it’s probably true that 10,000 years ago most people would have been lactose intolerant, gene adaptations in response to cultural change have meant that a large majority of us continue to produce lactase – the enzyme responsible for breaking down the sugar (lactose) in milk.  We know calcium is paramount in reducing the risk of developing osteoporosis later on in life (a condition that surely wasn’t around in the Paleo age, considering most wouldn’t have reached middle-age, let alone old-age).

Sure, you can find calcium in plant sources like green vegies and nuts such as almonds, but you’d have to eat a whole lot of these to ensure you’re reaching requirements.

Paleo premise #4 “Our agricultural diets are causing illness and obesity”

There’s no denying that the prevalence of obesity and other diet-related illnesses (such as heart disease, the number one cause of death in Australia) is directly linked to a poor diet. The same can be said of other common killers like stroke, hypertension, some forms of cancer and Type 2 Diabetes. For this reason, we absolutely need to spread practical nutrition education and significantly reduce our consumption of processed foods.

And in this regard, for all of its other problematic and downright kooky aspects, the Paleo diet encourages some spot-on ideas:

But for now, I’ll be holding onto my yoghurt and not overdoing it on the meat.  While it’s clear there are some benefits from ‘eating like a caveman’, in my mind this diet is just not sustainable – socially, environmentally or mentally.

What do you think of the Paleo way of eating?