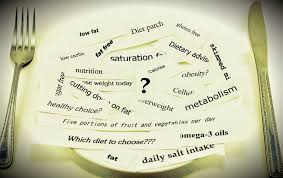 To most of us, the above reads like a shopping list of healthy living. But to some, obsessive habits like these may be symptomatic of an all-encompassing eating disorder.

For Naomi Arnold, what started out as a well-intentioned health kick morphed into a fixation on “obsessive ‘clean’ eating and rigorous exercise.” Arnold had enrolled in a “well-known body transformation program”, but soon found herself dangerously immersed in “rules”. Her experience led to a number of health problems, including amenorrhea – the loss of menstrual periods due to extreme weight loss.

Arnold’s is not a unique case, with countless people in the Western world plagued by an obsession with healthy eating. Unlike standard eating disorders, their behaviours may not appear unhealthy, so identifying there is an issue can be difficult.

Bratman defined orthorexia as an unhealthy obsession with healthy foods: those who suffer from the disorder are consumed with rules about the amounts and quality of foods they can eat, with ‘slip ups’ causing great anxiety.
Orthorexia is not clinically recognised, as it does not meet the diagnostic criteria for other more traditional eating disorders, such as anorexia and bulimia nervosa. Eating Disorders Victoria places the condition under the category ‘Unspecified Feeding or Eating Disorder (UFED)’, while acknowledging it as a serious disorder that can cause “irreversible health complications”.

Although limited research exists on the topic, psychologist and author Clare Mann has seen a rise in clients presenting with symptoms of orthorexia. These individuals’ experiences differ significantly from those on a standard weight-loss diet, she says. They hold “steadfast beliefs about the ‘rightness’ or ‘goodness’ of certain foods,” while demonising foods perceived as unhealthy, such as those high in fat or carbohydrates. “Many people are becoming ‘out of touch’ with their body’s needs and impose strict restrictions if they go against what they have planned to eat.”

While we are constantly reminded of our nation’s obesity epidemic, there is arguably less emphasis on the issue of eating disorders – despite the fact that eating disorders are growing at a much faster rate. Today, 10 percent more Australians are overweight or obese than in 1995, while the incidence of disordering eating amongst males and females has doubled in the same timeframe.

So at what stage do the risks outweigh the benefits of healthy eating?

Mann is quick to warn of the risks in labelling all ‘healthy eating’ as orthorexia. Many Australians take pleasure in exploring healthy foods and trends, and it would be foolish to think that every person who experiments with ‘superfoods’ or grows their own food on their balcony must have a problem.

What differentiates those who are health-conscious from those suffering from orthorexia is that an othorexic person’s preoccupation with healthy eating interferes with everyday life. Orthorexics will often become socially isolated, withdrawing from activities and feeling severe guilt following ‘slip ups’, which can lead to anxiety and depression. Severe food restriction can result in nutritional deficiencies and malnutrition, and orthorexia itself is a risk factor for other eating disorders, namely anorexia and bulimia.

A background in counselling and psychology meant Arnold was well versed to recognise her symptoms and seek help, but Nutritionist Tara Leong believes the Internet and social media muddies the waters for the average person.

Leong says that the “appeal and influence” of social media sites like Instagram is contributing to the nutritional decisions that people make – even subliminally.

For this, she partly blames the countless unqualified ‘experts’ on social media. As an avid digital consumer, Leong finds herself bombarded each day with images of green smoothies, protein shakes and sugar-free raw desserts. “The person is normally dressed in gorgeous clothes, has a beautiful body, and thousands of followers, which collectively adds to their appeal and influence.”

Modern eating fads like the paleo diet extol the benefits of shunning gluten, sugar, and dairy, and stealth ‘clean eaters’ ditch processed foods in favour of a mainly raw plant-based diet.
For Jordan Younger, the lines between extreme passion and an eating disorder were blurred, as her blog ‘The Blonde Vegan’ gained success.

Younger soon found that her “intense dietary restriction” was causing more harm than good. “Food became my entire life in a very negative way,” she says. “I let my fears about impure foods hinder my social life, academic life and my overall wellbeing.” Younger’s loved ones, meanwhile, felt torn between concern for her strict diet, and reluctance to interfere or cast judgement on her lifestyle.

Most frightening of all perhaps, is that impressionable young teens now have more access to enabling material online than ever before. Recent figures show that 1 in 3 primary aged children, and almost 100 percent of 16-17 years olds in Australia own a smart phone, assuming more freedom in browsing and socialising. Sites like Instagram, Pinterest and Tumblr are flooded with images of unrealistic and edited images that create a distorted idea of what is normal.

In 2012, a move by Instagram to remove potentially dangerous photos hashtagged ‘thinspiration’ was celebrated, but in reality this has done little to deter shame-inducing photos. The hashtag ‘cleaneating’ currently boasts over 16 million posts, a trend that Leong believes provides a platform for orthorexia. In stark contrast to the secrecy of traditional eating disorders, the symptoms of orthorexia are, as Leong says, “worn externally as a badge of honour,” and one that is publicly shared and praised via social media.

But while it seems that social media enables body image issues, there’s no denying that it initially starts with wider mainstream sources – including television and print media.

This was illustrated eloquently in a study carried out in Fiji in the 1990s. Historically, a larger shape was revered amongst Fijians, and prior to the Western export of television in 1995, young girls appeared to be free of body image issues. Fast-forward three years, and 11% of teenage girls were reported to be purging in order to lose weight. Over a decade later, in 2007, this figure had risen to 45 percent. With American, British and Australian programs dominating their screens, body ideals had been redefined.

Younger has since learned to “let go of the restrictions” and sought help from both a psychologist and a nutritionist. After recognising the trigger in following a vegan diet, Younger resumed blogging under a different moniker, this time as ‘The Balanced Blonde’. Her focus broadened, incorporating more lifestyle content, rather than simple recipes. Younger announced the news, and was met with overwhelming support, though it was not without controversy. She immediately lost 1,000 followers, and received violent backlash from many die-hard animal rights activists.

American actress Christina Ricci, who herself suffered an eating disorder in her teens, once observed that “any obsession is dangerous”. Even, it seems, an obsession with being healthy. 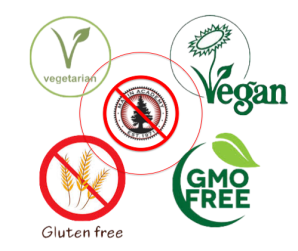 Categories: In the News